The female reproductive organs, as amazing as they are, can also be the site of diseases, such as cervical cancer. Today, we're focusing on the symptoms of cervical cancer, starting with a brief re-cap on the female anatomy...

It's important to remember that we're all wired slightly differently: what's normal for one woman might be abnormal for another. That's why it's so important for women to familiarise themselves with their own bodies and cycles, learning what's normal for them, as to better recognise if something changes - a cue to book a GP or private GP appointment without delay.

What Is The Cervix?

Genetic material (DNA) inside cells of the cervix instruct such cells to divide at a normal rate and to line the cervix in a certain pattern. This pattern is known as 'epithelium'. Inside the canal, this epithelium is called 'glandular', whilst a 'squamous' pattern of epithelium lines the rest of the cervix.

What Is Cervical Cancer?

Cancer normally occurs because of abnormal changes to DNA inside cells. Early changes to the DNA can result cells becoming ‘pre-cancerous', and a series of such pre-cancerous changes to DNA may occur over many years. Eventually, this can lead to significant changes in the cells, resulting in uncontrolled cell division. This rapid cell division leads to the formation of a lump of cancerous tissue, known as a tumour.

This cancer of the cervix usually happens at the junction between the glandular and squamous epithelium. The condition can occur in women of any age, but is rare in women under 25 and occurs mainly in sexually active women between 30 and 45.

Early (pre-cancerous) cell changes do not usually cause symptoms, and often cervical cancer symptoms may not be obvious until the cancer has already advanced. Because of this, it is very important to attend your cervical screening appointments (in which early cell changes can be detected). Finding these changes early allows this to be treated, which can prevent cancer from developing.

Most commonly, the first noticeable symptom of cervical cancer is unusual vaginal bleeding. This commonly occurs during or after sex, but can also occur at any time other than your monthly period or post menopause. Therefore, you should visit your GP if experience unusual vaginal bleeding. Whilst there are many other possible causes for this symptom, it is important for your GP to investigate.

Some women may also experience an unpleasant smelling vaginal discharge, or pain or discomfort during sex.

If cancer spreads from your cervix into surrounding parts of the body, you could experience other symptoms, including: 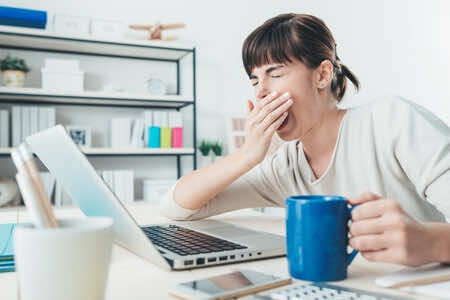 Tiredness and a loss of appetite might indicate cervical cancer

If you are experiencing any of these symptoms and are concerned, arrange to see your GP. If cervical cancer is suspected, your GP will refer you to a gynaecologist for further testing.

A virus known as human papilloma virus (HPV) which is spread by sexual activity, is almost always involved. Using condoms during sex reduces, but does not eliminate, the risk of infection, as skin to skin transmission can occur in the wider genital area.

HPV has over 100 strains, 15 of which are considered ‘high-risk’ and two of which cause 70% of cervical cancers (HPV16 & HPV18). HPV affects 80% of women, most of which will not notice symptoms. Importantly though, most women will not go on to develop cervical cancer - this may be because different women have different susceptibilities to the effects of HPV and other factors may also be involved.

Other risk factors for cervical cancer include:

Since 2008, a vaccine known as ‘Gardasil’ has been offered to girls aged 12-13 years old involving three injections over a six month period. It protects against HPV16 and 18 as well as preventing genital warts. This vaccine dramatically reduces the risk of cervical cancer but does not mean you definitely won’t get it. 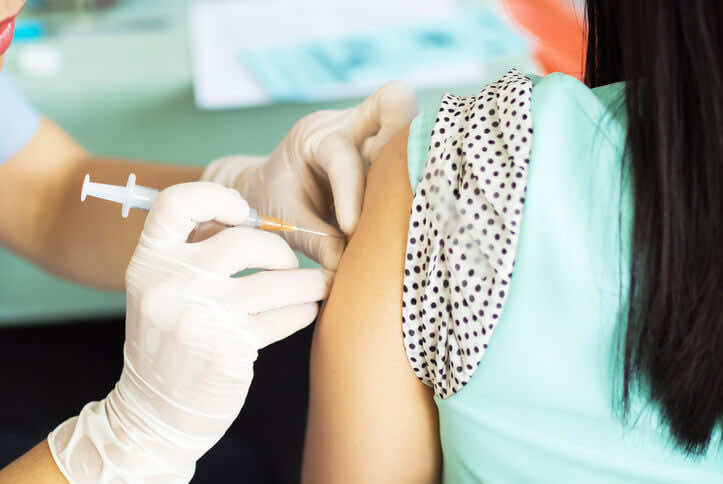 The cervical cancer vaccination protects against HPV16 and 18

This programme was introduced in the 1980s and aims to reduce the number of women developing and dying from cervical cancer. It involves regular screening of the cervix to detect and then treat any abnormal cell changes as early as possible, to prevent cancer from developing.

During the ‘smear’, a sample of cells is taken from the cervix using a small brush and then looked at under a microscope to check for any abnormalities. You should be notified of your results within 14 days. If your test results are abnormal you will most likely be referred to a gynaecologist (but in most cases an abnormal test does not mean you have cancer). For more information on cervical screening results, follow the link.

For more information on cervical cancer, we recommend reading our second blog post on the topic of cervical cancer! If you'd like to discuss anything you've read, why not book an appointment at London Doctors Clinic? We have nine London clinics, so should never be too far away when you're in search of a "GP near me". We even have same day doctor appointments!