Cervical Smear Results: Why Was I Referred Onto A Specialist?

Your GP will refer you to a specialist following abnormal smear results, a concern about your cervix after examination, or if you have been experiencing pain, bleeding or other symptoms.

What Do My Smear Test Results Mean?

Your smear test results are sent to your GP surgery and your home within 2 weeks of the test. Most women receive a normal result and are invited for follow up screening in 3 or 5 years.

The result 'Inadequate sample' means there were too few cells, or problems seeing the sample due to blood or infection, so another smear is needed 3 months later.

5% of women receive an abnormal result:

If you are referred to a specialist, a doctor or trained nurse will usually use a microscope with a light source (colposcope) to look closely at your cervix for abnormal cells and then discuss your results with you. Sometimes a biopsy will be taken from the abnormal area, for which results are received four weeks later.

Abnormal cells, usually precancerous, are found in about 60% of women referred for colposcopy. Precancerous changes include:

CIN2 or 3 and CGIN indicate an increased risk of developing cervical cancer and so treatment to remove the abnormal cells is recommended. Depending on the number of abnormal cells and how advanced the abnormalities are, treatment may be done during colposcopy, or at a later date. Very rarely (in less than 1 in 1000 women referred for colposcopy) cervical cancer is found during colposcopy, leading to rapid referred for specialist treatment.

Cone biopsy is a minor operation to remove a cone shaped sample from your cervix, under local anaesthetic, to be examined in a lab. It can sometimes also be used to treat larger areas of abnormal cells.

When cancer is found on biopsy, tests are required to assess how far it has spread. This may include examination under general anaesthetic, blood tests to assess liver, kidney and bone marrow function and scans such as CT, MRI, X-ray and PET.

Following the results of these tests, your cancer will be staged based on how far it has spread:

Treatment aims to remove the area of the cervix containing abnormal cells whilst preserving as much normal tissue as possible.

The most common treatment, large loop excision of the transformation zone (LLETZ), uses a thin heated wire loop to remove the area of abnormal cells. The procedure is carried out during colposcopy with local anaesthetic to numb the area and lasts for a few minutes. Several weeks of bleeding often follows the procedure and to avoid infection, you should avoid tampons and sex for four weeks. The risk of premature birth is slightly increased in future pregnancies following LLETZ. Other, less commonly used treatments include cone biopsy and laser therapy.

Removing abnormal cells has a 90% success rate and follow up screening six month later checks that treatment was successful.

A group of specialists (multidisciplinary team) will advise you on the best treatment options for your cancer depending on the stage, but you will have the final decision.

When curative treatment is completed, you will be invited to regular follow up appointments to check for any signs that the cancer might be returning. If cervical cancer does return, this is usually around 18 months following treatment completion.

Prognosis of cervical cancer depends on the stage at which it is diagnosed. The percentage of women who survive for five years following diagnosis based on stage are: 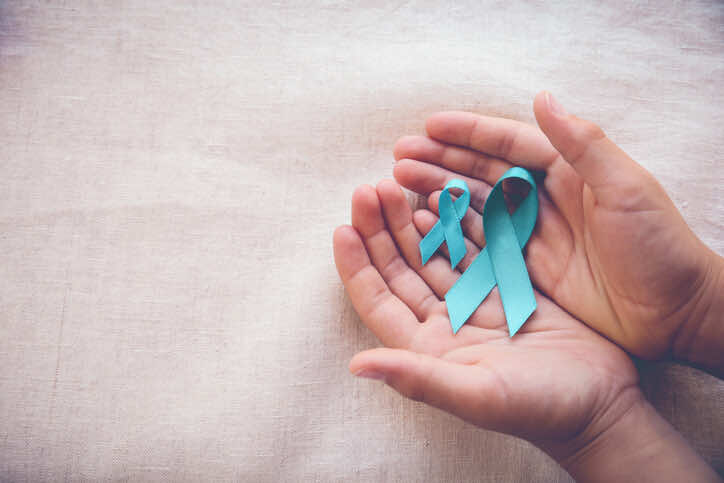 For more information about the practical implications of living with cervical cancer, check out the links in this article, or book a private GP appointment at any of our GP surgeries to discuss your situation. With nine London clinics (all next to key transport hubs), we are convenient and easy to get to -