At London Doctors Clinic, our GP's often see patients complaining of "upset tummies" or "bowel problems", and whichever way you'd rather broach the topic, we're happy to help! Gastrointestinal issues could be due to a range of causes, from simple infections, to more serious conditions such as bowel cancer. We run you through some of the red flags to look out for, with regard to bowel cancer.

What Is Bowel Cancer?

Bowel cancer is the 4th most common cancer in the UK and tends to be diagnosed in the over 60’s (80%). The NHS sends out stool sample screening kits every few years to people considered at risk because of this. Bowel cancer is the general name for cancer of the large intestine, small intestine or rectum, but may also be known as colorectal cancer or colon cancer. Most cancers tend to develop in the large intestine rather than the rectum. 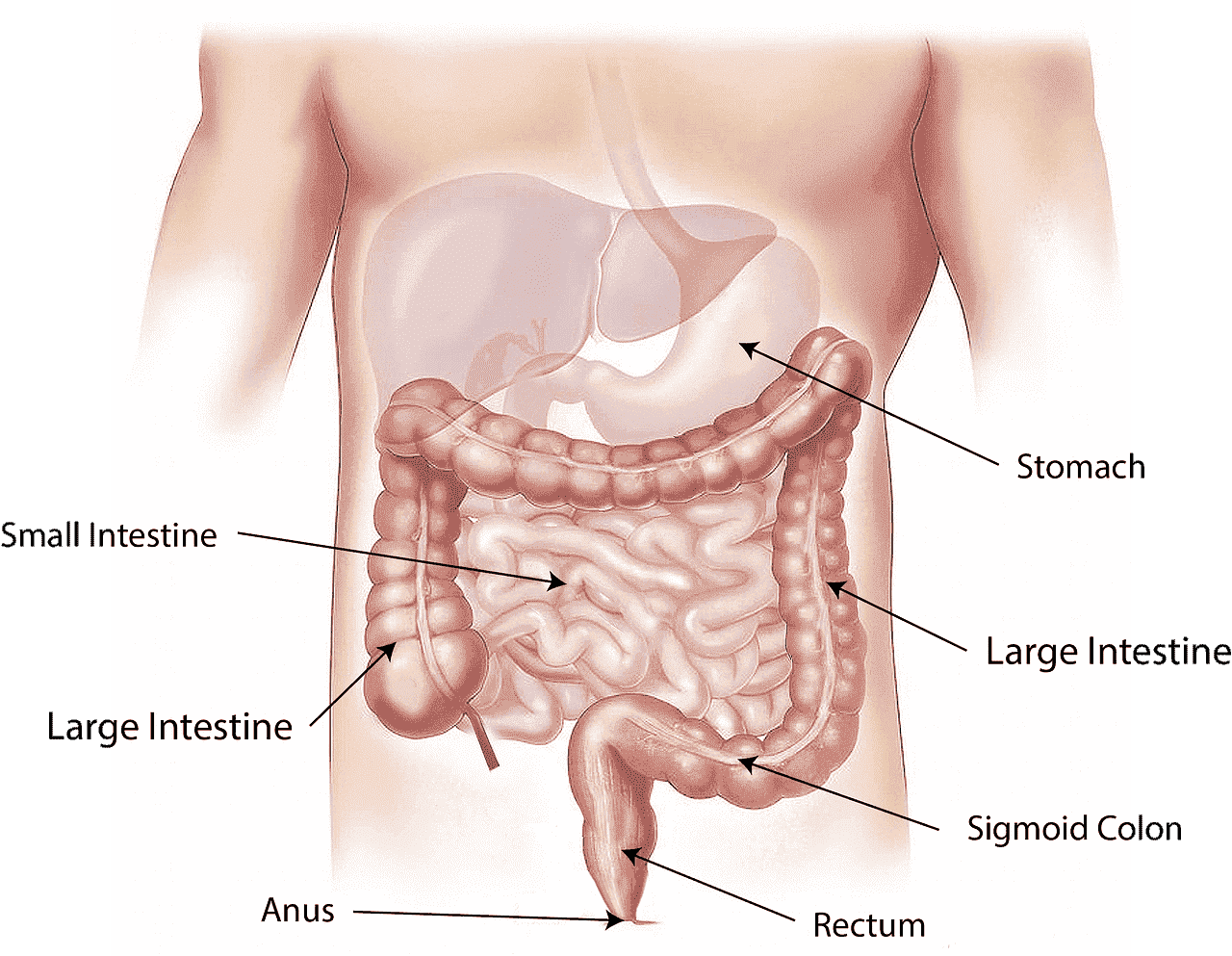 Bowel cancer occurs most commonly in the large intestine, although can also affect the small intestine and rectum

Most common symptoms include:

Other bowel cancer symptoms include: 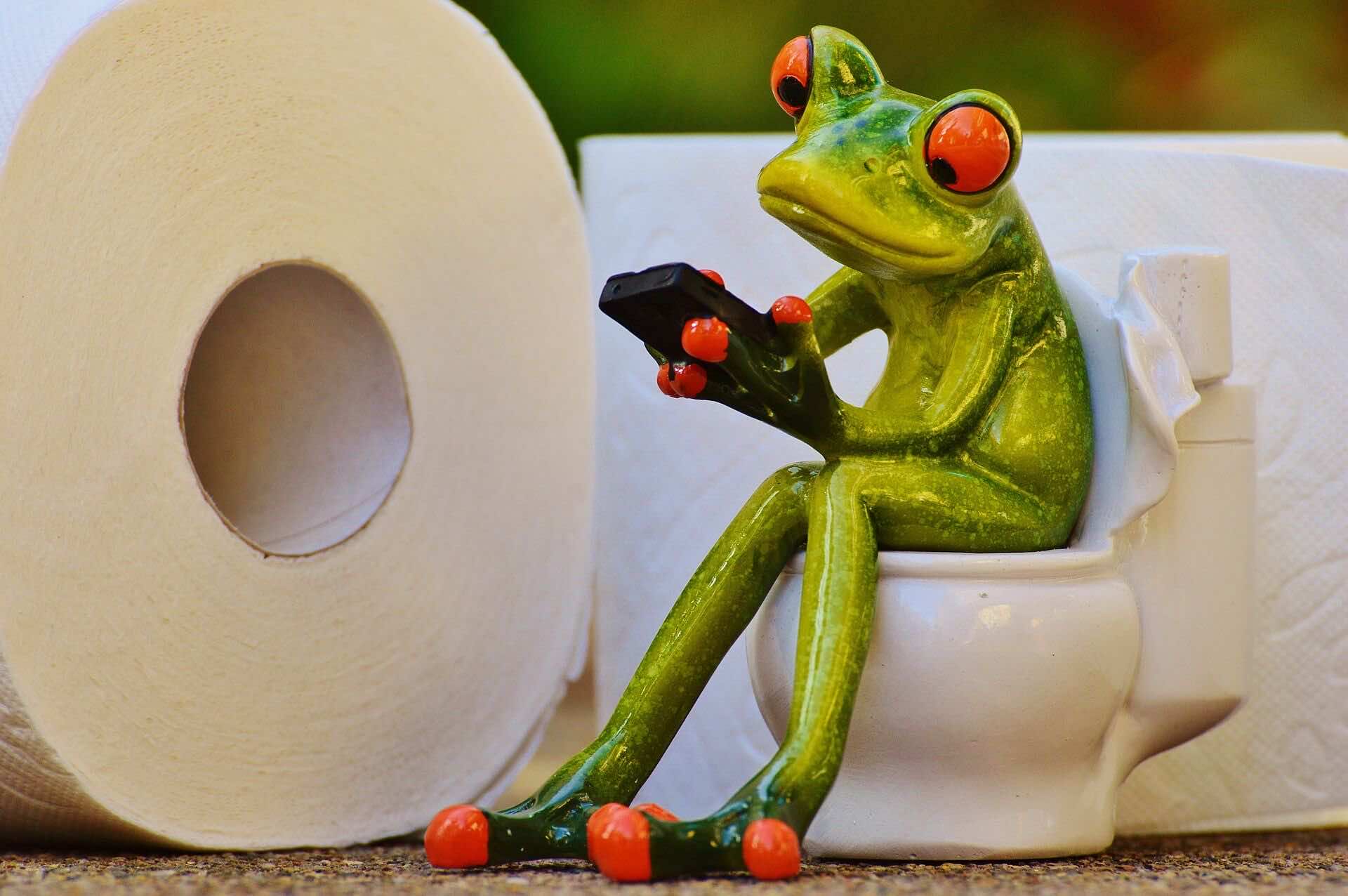 A change in your bowel habits, or blood in your stool, are the most common symptoms of bowel cancer

These symptoms quite often present in other conditions as well, so it’s important to see your affordable private GP if you notice any of them, particularly if they last a long time. The symptoms can be very subtle but will be persistent rather than being associated with anything you’ve eaten or done recently.

There are various risk factors to look our for, that put peope at increased risk of developing bowel cancer:

Bowel cancer screening programs are available for people aged between 60 and 74. They involve you smearing a bit of stool on a kit provided through the post to detect any small traces of blood in the stool. Around 2% of people will have blood in their stool found by this test, but this doesn’t necessarily mean cancer, and so they will be invited in for further testing. This includes a colonoscopy (a flexible camera on a small tube put up the back passage) to look for any polyps or growths that may be abnormal.

In people with inflammatory bowel disease, screening will occur more regularly in the form of an colonsocopy The risk of bowel cancer increases with worsening inflammation and duration of disease.

If you go to your GP with symptoms, they may carry out several examinations and tests. These include:

A colonoscopy involves putting a flexible tube with a small camera attached up the back passage to look for the source of any bleeding and any unusual areas of bowel. Biopsies (small pieces of tissue) may need to be taken. A CT scan of the chest, abdomen and pelvis may also be taken to determine if the cancer has spread to any other areas. 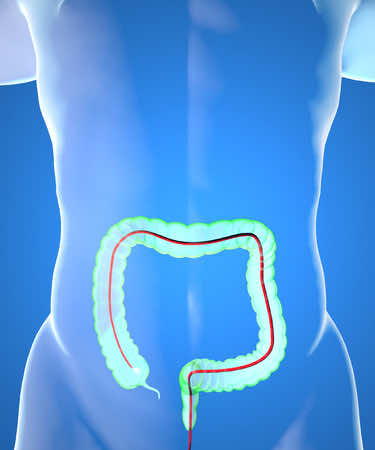 A colonoscopy involves putting a thin flexible tube into the large intestine, with a light and camera, to look for any abnormalities

Treatment for bowel cancer can take a variety of forms:

The type of treatment most suitable depends on the type of tumour and when it was diagnosed. While surgery is a good option to remove all of a growth, some drugs may need to be given to try and stop any one off cells from splitting off from the cancer and causing a cancer elsewhere (metastases).

So if you're at all concerned about bowel cancer, don't hesitate in booking in a GP consultation at any of our private clinics. Our GP's will either arrange for the relevant tests to investigate suspected bowel cancer, or reassure you that your symptoms may be due to another condition. Either way, it's better to be safe than sorry: forget any unnecessary embarrassment and get checked out!