LABYRINTHITIS: A COMMON CAUSE OF VERTIGO

Have you ever experienced the symptom of vertigo - where the room appears to be spinning when you're, in fact, standing still? As we mentioned in yesterday's blog post, vertigo is not a diagnosis in itself, but a symptom of another condition. One such condition at the top of our experienced doctors' list of suspicions is Labyrinthitis, a condition easily diagnosed and managed. Read more below...

Labyrinthitis is the name given to inflammation of the inner parts of the ear, which are responsible for hearing and balance.

When the inner ear gets inflamed, these structures can't work properly and their signalling to the brain is impaired, leading to the symptoms described below.

What Are The Symptoms Of Labyrinthitis?

The symptoms of Labyrinthitis include hearing loss, nausea and dizziness or vertigo.

Because the brain relies on signals from the vestibular system to keep our eyes fixed on objects when our head is moving, labyrinthitis can also lead to rapid uncontrollable eye movements, called nystagmus.

Other symptoms can include having a high temperature or fever, headaches, and earaches.

What Are The Causes Of Labyrinthitis?

Several things can lead to labyrinthitis.

Commonly, the inflammation is caused by a viral infection that spreads to the ear - often one that affects the respiratory system such as the common cold or flu viruses. Other viruses, such as ones that cause measles, can also lead to labyrinthitis.

Other causes include head injuries, allergies, and reactions to medication. 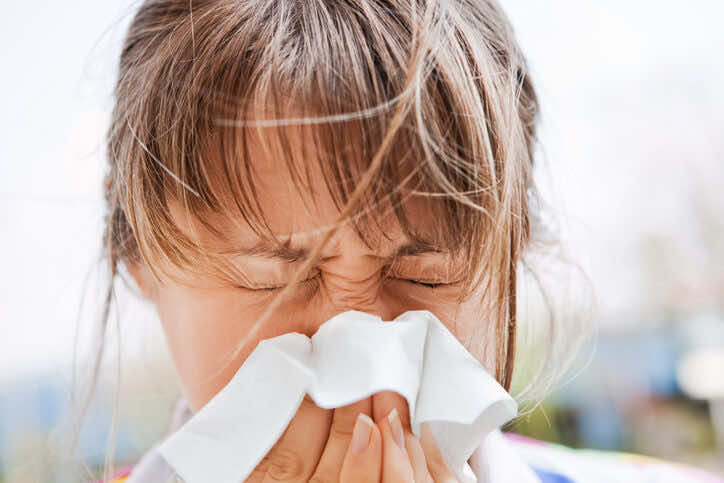 Allergies can cause labyrinthitis!

To diagnose the cause of labyrinthitis, your doctor will carry out tests looking at your balance and hearing, as well as looking for signs of infection.

How Can You Treat Labyrinthitis?

The treatment of labyrinthitis depends on how bad the symptoms are and what the cause of the inflammation is.

Symptoms usually settle over a few weeks, partly as any infection resolves and partly as the brain learns to compensate for the altered signals.

At the beginning of the illness...

At the beginning of the illness, when symptoms are particularly severe, it may be necessary to take bed rest until activity can be resumed safely.

During this time, it is important to drink adequate amounts of fluids, and not to drive if symptoms are prohibitive. 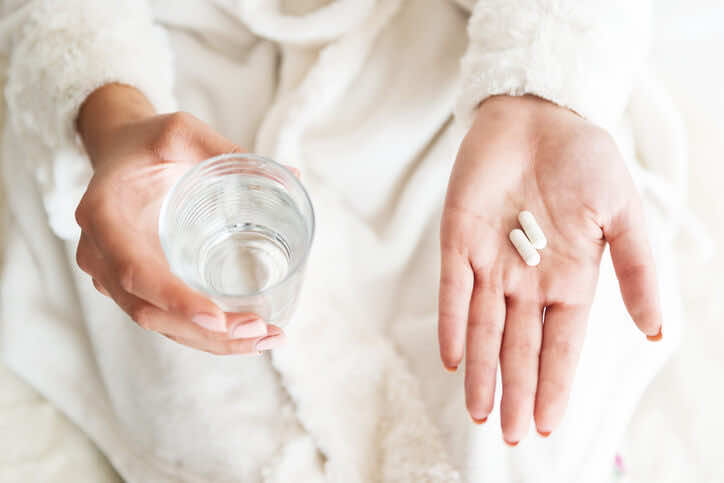 At the beginning of the illness, it is important to drink enough fluid

Dizziness and nausea can be exacerbated by drinking alcohol, feeling stressed, getting up too quickly, and looking at bright lights, so avoiding these situations may be helpful.

If nausea and dizziness are severe, your doctor may give you medication such as prochlorperazine (an anti-emetic) to relieve these symptoms.

Other medications may be used to manage the inflammation, such as steroids like prednisolone or antihistamines. If the infection is viral, then antibiotics won’t be effective and treatment will be aimed at relieving symptoms until the body's immune system manages the infection. However, antibiotics may be given if the infection is suspected to be bacterial, and these are usually effective at solving the issue.

If the symptoms don't resolve within three to four weeks...

Occasionally, symptoms of labyrinthitis don't resolve within three to four weeks of initial treatment or diagnosis.

In this situation, or if symptoms get worse or additional symptoms develop, it may be necessary to see a ear, nose, and throat specialist.

Additional symptoms that could suggest worsening illness include becoming confused, experiencing double vision, feeling weakness or having problems moving any parts your body.

In very rare cases, symptoms can persist and a patient may develop chronic labyrinthitis. Physiotherapy aimed at re-training the brain to recognise the altered signals from the inner ear may be effective, and doctors will help the patient make the best choices for their treatment.

So if you're experiencing any of the above symptoms, including dizzy spells or vertigo, don't hesitate in booking in a private GP consultation at London Doctors Clinic, to get that much needed diagnosis and treatment! We have nine GP surgeries, so should never be too far away when you're looking to find a GP! The sooner you come to see us, the sooner we can help stop the room from spinning...