NEED TO CRAM? LDC EXPLAINS HOW TO STAY UP ALL NIGHT (IF YOU REALLY MUST)!

Let's imagine the scenario. It's the middle of the exam season and you have a test tomorrow. However, you've procrastinated right up until the very last minute (we all do it) and you're left with no choice but to cram, cram, cram into the late hours of the night! How should you go about it? And is there any healthy way to do it? We put these questions to our LDC doctors...

Is There A Healthy Way To Stay Up Late?

It's worth mentioning that staying up all night probably won't do you any favours. And there is certainly no healthy way to skip your sleep. This is because sleep is a necessary and very important and process for the body. As Dr Seth Rankin, founder and CEO of LDC, explains, staying up all night can have terrible effects on the body and some people who choose to stay up throughout the night can even display symptoms similar to that of drunkenness the following day!

However, if you have no choice but to sacrifice your night of sleep for that extra revision time, then perhaps you should read on to find out some tips and tricks for keeping yourself awake.

Tips And Tricks To Stay Awake

A particular study showed that when people took a 10 minute walk, they have higher energy levels (for around 2 hours afterwards) than those that eat a candy bar. In fact, the candy bar eaters only had a quick boost in energy and were generally more tired later.

2. Turn up the lights

It has been shown that dim lights aggravate fatigue. So, if you are feeling tired, try turning up the brightness of your lights!

It is important to drink water and to stay hydrated if you are going to be studying, no matter what!

We admit, this may seem counterintuitive (and you might feel that if you nap, you'll probably end up drifting off to sleep), but no matter what, it is important to get just a little bit of shut eye. Try taking a 5 to 20 minute nap every 2 to 3 hours. Just don't forget to set your alarm, so that you don't wake up in a panic the next morning!

Music can help you get through the night. However, maybe avoid the calm and relaxing style, and opt for something more energetic and exciting. The LDC team recommend anything from Little Mix to Metallica! 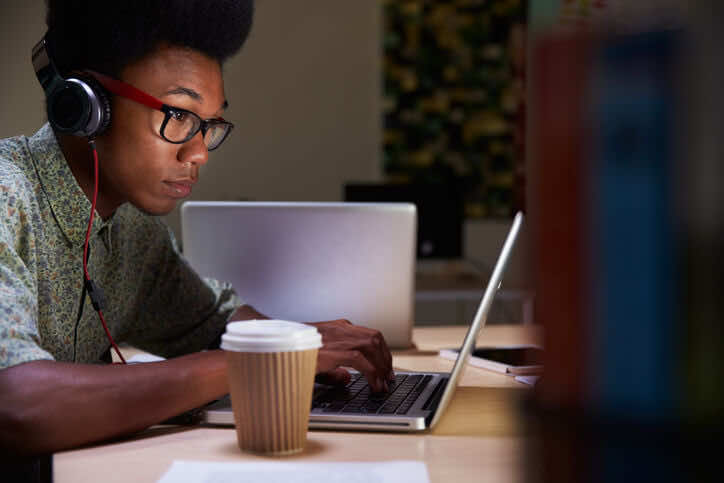 Listening to music can help you get through the night!

While we're on the topic of staying awake, we thought we'd touch on caffeine! Many of us rely on caffeine to carry (or drag) us through the day - especially if we've had a bad night's sleep or are feeling tired. So, it would make sense to rely on this chemical to stay awake throughout the night, right? Wrong! Ingesting too much caffeine can be unhealthy!

Caffeine works by changing the brain's chemistry. Usually, a chemical called adenosine binds to adenosine receptors in the brain, causing drowsiness by slowing down nerve cell activity. This also allows blood vessels to dilate (or expand), so that you get more oxygen during sleep.

However, to a nerve cell, caffeine looks a lot like the chemical adenosine. As such, caffeine can bind to the adenosine receptors (instead of adenosine). Instead of slowing down nerve cell activity, caffeine increases neurons firing in the brain.

The pituitary gland sees all this activity and believes that you are experiencing an emergency (which is most likely the case if you are down to the wire for your exam). To wake up you, the pituitary gland releases adrenalin. It also has other affects, including: 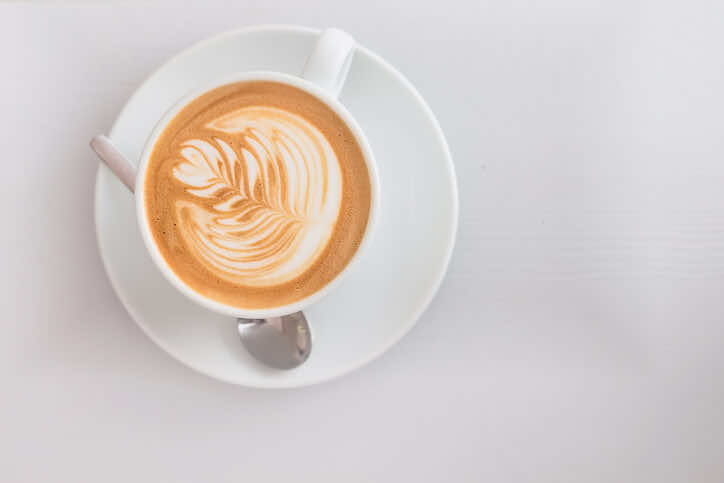 Do you know what caffeine does to your body?

After you ingest caffeine, you should feel the effect in around 15 minutes. It reaches its peak level in the blood within an hour and stays in your system for around 4 to 6 hours. It is important to note that caffeine tolerance is built up - so if you are a regular coffee drinker, you might need a larger amount of caffeine to feel its effects!

However, drinking large amounts of coffee can be bad for the body. The European food safety Authority recommends that you do not drink more than 400mg of caffeine a day. That’s around 4 cups of coffee, 10 cans of coca cola or around 2 energy drinks (dependent on the energy drink).

You should moderate your coffee and energy drinks as they can increase anxiety and blood pressure which might leave you worse off. As already mentioned, there are other methods of keeping yourself awake without resorting to caffeine!

So, there you have it! Some top tips from our private doctors to get you through the night (if you really must stay up). And if you're worried about exam anxiety, why not book a doctors appointment today and have a chat with one of our experienced GPs. With 12 GP surgeries across London, we should never be too far away!