Graduated in 2000 at the Porto School of Medicine in Portugal and finished his training in Family and General Medicine in 2006. Henrique has a Master in Sports Medicine since 2011. He has worked in several clinical settings in Portugal. NHS surgeries, A&E, Private hospitals and clinics, occupational health programs and is the Founder and owner of a Sports Medicine project in Portugal since 2011, which assess and educate thousands of both athletes and coaches every year.

He has collaborated for eight years with the pharmaceutical industry, lecturing other doctors and consulting in medical advisory meetings, about neurophatic pain and anxiety.

As a London enthusiast, decided to join LDC as the central locations offer a clear perception of the city vibrant life. As a keen FC Porto supporter also runs a beach & surf guest house in the north coast of Portugal, where lives and plays with his 2 boys, Duarte and Francisco. 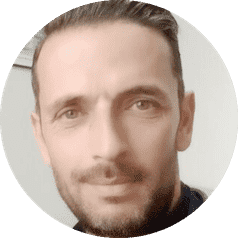